We’re told that addiction is a compulsion, that the addicted person essentially has no choice over their behavior, that they’re continuing to abuse substances involuntarily.  This is how the experts characterize the “disease”, then they tell you that since it is a compulsion, the only hope for stopping is treatment – but then we find out that there is no definitive treatment, just a bunch of different things to try, and keep on trying, until one of them sends you into “remission” or “recovery” which is of course, only a temporary state until you need more treatment.  Is it really a compulsion though?  Perhaps looking at some of the treatments can give us insight. 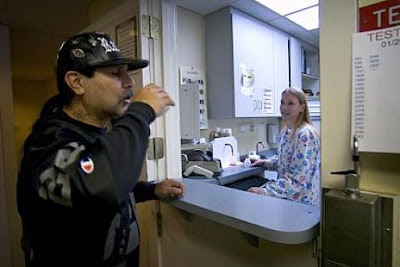 Pharmaceutical treatments for addiction have existed for quite some time now, but there has recently been a boom in new ones.  They’re often hailed as wonder drugs to treat addiction, and while some people do find success while using these treatments, for the most part addiction goes on, and we can’t cure someone of it by simply giving them a pill.  The nature of these treatments should be examined though.

Basically, we have 3 types of “pills” for addiction treatment.  We have the replacement therapies, which suppress physical withdrawal symptoms.  We have the blocker type of treatments that block the effects of the drug.  And then we have the pharmaceuticals which punish you with sickness when you take your drug of choice.  As you’ll see, even though we’re told that addiction is a compulsion, meaning that you have no choice of your substance use, every one of these approaches is simply an attempt to chemically manipulate incentives and thus affect your choices.

First we have the replacement therapies, the classic example being methadone – it simply works on the same receptors in the brain as heroin and other opiates so that when you stop taking heroin you don’t feel the effects of withdrawal. The goal of the methadone treatment is to make it easier for the opiate abuser to choose abstinence by removing the negative effects of withdrawal.  That’s all there is to it – you still have to make a choice though.  There are other replacement therapies such as buprenorphine for opiate addiction, and nicotine patches, gum, spray, and lozenges for smokers – they all do the same basic thing, they alleviate the effects of withdrawal so that it’s easier for the addict to choose to stop.

Then there are the blockers such as naltrexone for opiate or alcohol addiction and chantix for nicotine.  Our replacement therapies discussed above mimic some of the effects of the opiate – whereas the blockers actually block the opiates from giving the user a high.  So these drugs are also targeting incentives and thus choice.  If doing heroin won’t get you high, then you probably won’t choose to do it!

Then there’s the punishment of disulfiram – this drug creates a nauseous reaction if the user drinks alcohol.  Again, and this time in the most obvious way, by moderating the consequences of substance use this treatment is targeting incentives and thus choice.  You literally get sick if you drink alcohol while on disulfiram – it’s like old school parenting “if you take a cookie without asking, I’ll spank you”.  You know it’s gonna have bad consequences, so you choose not to drink.

I think there is much promise in these drugs as an aid in quitting – but not as a full solution to addiction.  This quick review of the nature of these treatments contradicts the claim that addiction is a “compulsion” (involuntary behavior), the foundational concept in the disease theory.  Each one of these treatments regulates the consequences of substance use – either by alleviating negative withdrawal effects, nullifying the potential high, or reversing the high to a negative experience.  These effects factor into our subsequent choices to either keep using or stop using.  But just like the choice to get high is a choice for immediate gratification – these therapies are regulating the immediate effects of substance use.  They do not address the larger problem which is that the substance abuser is making choices from a short-term perspective.  As long as he continues to live this way, he may return to substance abuse, or indulge to extremes in other immediately gratifying behaviors such as sex, gambling, shopping, eating, emotionalism, etc.  He ultimately needs to find balance in life by focusing on the long term and some larger goals, with delayed, but much more highly gratifying results.  He needs to grow up, and no pill will make that happen.