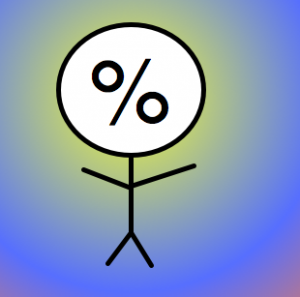 A few people have suggested that I am holding up Charlie Sheen as a “poster-boy” for my cause.  Yes, I’ve been talking about his saga quite a bit, and yes I’ve been cheering him on in spreading the word about the problems with the 12-steps and treatment, but I must be clear that I am not holding him up as a poster-boy for the cause.  There should be no poster boy for the cause.

Notice I don’t even really hold myself up as a poster-boy for the cause.  I have a lot of personal experience which I could certainly go on and on about here, I could tell the dramatic tale of the depths to which I went with substance use, and I could really dramatize my salvation – but I don’t.  Whenever I mention it, I basically just sum it up quickly.  I have been learning to attach some emotional elements here and there, because that’s what people respond to, but I don’t want to get people blindly on my side with emotional tales from charismatic figures (I can be very charismatic ;-)).  I really want to win people’s minds, like, I want them to understand what I’m saying, not just be snowed into believing it.  If you read my posts here you’ll see that what I really try to glorify, to hold up as a shining example is my research, the facts, and what I think are very well reasoned arguments.  In short, the poster-boy for my cause is the truth, and will never be a sole person.

My cause – is to let people know that addiction is not a disease, it does not require treatment, you cannot be “cured” of it, most treatment programs and all 12-step programs will lead most people astray and waste their time, that there are a lot of dangerous myths and misinformation about addiction and substance use out there, and most importantly – that addiction is really a complex pattern of behavior which is only ever changed through personal choices (even for the people who think that they owe their success to treatment and 12-step programs).

My “poster-boy” is facts like this: In sheer numbers, 75% of people who solve their alcohol use problems do so without ever attending a treatment program or 12-step meeting – and that is according to the best research available.  Furthermore, your chances of solving a substance use problem are better without treatment.  While there isn’t as much comparable information about illegal drug use problems, we still have no reason to doubt that drug users also change their habits without treatment.  The info that is available on drug users is just as compelling (if not more compelling): a study of Vietnam vets, HALF of whom were “addicted” to heroin, showed that 90% of them quit heroin without any exposure to addiction treatment programs.  Should I say that again? 90% quit without treatment.

Furthermore, we have no way of knowing at this point whether we should even attribute the success of those who resolved their problems after attending treatment, to the treatment.  That is to say, since a greater percentage quit without treatment, we have no reason to believe that those who received treatment wouldn’t have quit on their own too.  And if I were part of such a survey as those listed above, I would be counted as a treatment success because I attended several treatment programs, and had moderate involvement in three separate 12-step groups (AA, NA, CA).  Yet, I would NEVER attribute my success to those programs.  I would attribute 5 years of unnecessary struggle to those programs.  When I finally changed my behavior, it was sparked by exposure to a non-disease-based program which taught me to reject nearly everything I had learned from the recovery culture (powerlessness, disease, lifelong daily struggle, only God could help, etc), and instead believe that I could solve my own problem, and change my own behavior.

Ultimately, when I talk about Charlie Sheen, or any other celebrity on this blog, I am most interested in the issues raised by their very public struggles – and I am most interested in the media reaction to them.  I find it flabbergasting that every media outlet happily reported Sheen’s claim that AA has a 5% success rate – but only as a means to mock him, and to hold up as evidence that he must be insane!  It’s only now, a few weeks later that anyone has seen fit to investigate the claim, it’s only been a couple of outlets who have done so, and I’ve seen only one fair investigation which was in Scientific American – a magazine which has a far smaller audience than ABC and NBC who were blasting the story and laughing at the figure.

So the public reaction fascinates me – and I’ll keep talking about Lohan, Sheen, and anyone else who gets abused publicly by the recovery culture because it’s important.  But it doesn’t mean I’m holding these people up as poster-children of my message/cause.  I wouldn’t do that, because they’re individuals, and addiction is a chosen pattern of behavior which any of them may choose to engage in again.  We can learn a lot from individuals, but I want to learn and hold up the deeper core principles involved in substance use problems and their solution – you have to look at a lot of people to do that.  Charlie Sheen could turn out to be a shining example, but he’s only one star in the constellation of truth which I seek tirelessly to highlight.