Finally Some Real Reporting: Scientific American On “Curing” Yourself Of Addiction 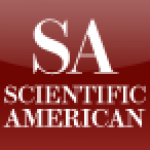 The one aspect of the Sheen situation that everyone has been talking about while simultaneously not talking about it, is the claim that he has “cured” himself of addiction*. Everyone has reported this claim, and then immediately dismissed it as the rantings of a crazy person. No one in the major media has really cared to report about this honestly – that is, they haven’t been willing to practice real journalism and determine whether “recovery” without treatment or 12-step programs is actually a real phenomenon.

Well, it is a real phenomenon. The vast majority of people with substance use problems (about 75%) change their habits without ever attending a treatment program or a single 12-step meeting. But of course, most people won’t tell you that because they tow the line for the recovery culture – also, they couldn’t smear Sheen quite so much if they acknowledged this fact.

The article reports some facts well known to some of my readers – namely that 60-80% of those who abuse substances in their teens and twenties quit by age 30, and that 90% of Vietnam vets with heroin dependence quit without treatment.  Check out the article at Scientific American, it also includes a great interview with Sally Satel.

* I avoid the term “cure” because it presupposes the existence of a disease, but use it only as a quote here.   Also, I’m not fond of the term “recovery” for the same reasons, I just use it here for the benefit of new readers.